Hi, I’m Katherine and I have a bad case of wanderlust. My husband, Eddie, has an equally bad case of what I call foodie-itis. I spent every chance I could get since college to escape to some far-flung location, for an undetermined amount of time, to absorb all I could of new cultures. It also meant getting new jobs, to quit the old ones and take off for a few weeks before my new start date. Quit, travel, repeat. I’m embarrassed to say how many times I’ve done that.

Eddie took a more respectable route in the exploration of his passion. After a successful career in a metal band in Seattle (yep, he knows some of the guys from Nirvana) he launched into his cooking career with the same passion. He learned to cook under Jean-Georges Vongerichten, Todd English and Paul Sale, exploring his love for the perfection of french cuisine at Picholine, then criss-crossed the country cooking in one great restaurant after the other.

In a smoky bar in Miami Beach, on Cinco de Mayo.

That was a decade and three kids ago.

When our first son was born, we started traveling with him at a relatively young age. And decided to take him on the road more often as soon as he was old enough. Just before he turned two, we discovered we were pregnant with our second child…surprise. Our second son decided to arrive earlier than expected, at 29 weeks. The circumstances around his birth froze us in time. Thoughts of the future were replaced with wishes for survival in the now. And survive he did. He thrived and continues to this day. Grateful for our turn of good fortune, we rested for awhile and then turned our thoughts to our original plan. Until, wait for it… I got pregnant, again! I mean, really.

So here we are with our one-year-old baby girl, her two rambunctious brothers and a stable, steady lifestyle that young children require.

But there's an itch, a craving, a tiny void that cries stridently to be filled.

In the last few years, Eddie’s love for food and my love for travel, morphed into a mutual love of all things foreign, centered on how food gives you the deepest taste of new place. But lately, the old cravings for pho food stalls, fried fish with a side of mojo on a Dominican beach, or the yeasty aroma of a French patisserie keep calling. And all those pinpoints of cities on our son's big map that remain unknown to us whisper for a booked ticket and a curious mind.

But, we have three kids under five. And while some intrepid parents dot the globe with their young ones in tow, I believe my kids would benefit from global travel when they're older.

So what do we do in the meantime?

How do I fill the void? How does Eddie continue to challenge his skills now that he’s left the kitchen behind? And how do we still expose our kids to global culture while never getting on a plane, for now.

It was a crazy idea cooked up one night over churassco and big glasses of Malbec, when our eldest asked us randomly about Australia. Then the next night Eddie decided to make a heaping pot of Pad Thai. As I was trying to convince them to eat “the green things”, I wondered if there was a way to cook new foods, learn about new cultures and teach it all to our babies, in preparation for some grand worldwide trip down the road.

We realized we could cook any meal from anywhere in the world. Well, Eddie could cook the meals and I could contribute by bringing my love for foreign cultures into our home via books, movies, music, photos, kids games, even holiday decorations!

So our idea finalized to become:

And we invite you to come along for the proverbial ride.

Join us as we explore one region per month (more or less) with recipes, crafts, media recommendations and for parents, tips to help them introduce a new culture to their own kids. We’re going to cover 24 regions over the next few years. Once the kids are old enough we’ll take you and the blog on an around-the-world journey.

Our regions for the next year:

Outside of the regions, you’ll find our Around the World in 10 series, which covers the top ten sandwiches, sauces, soups, coffees and desserts of the world.

So you’re cooking recipes from 24 countries, once country per month?
Pretty much. But we’ll be focusing on regions instead. It’ll give us a chance to return to some of our favorite countries, like Italy, with recipes from Tuscany and Sicily.

How do you decide what to cook?
We want to cook the widest variety of dishes to gain a strong understanding of the region, so expect to see breakfasts, side dishes, cocktails, among dinners and desserts. We choose recipes that best capture the ingredients and cooking styles of the region.

Are the recipes 100% authentic?
Yes and no. We're committed to making classic dishes, but Eddie will finesse recipes to either elevate the dish or make it easier for the home cook to prepare. Also, we’re going to experiment with brand new and original recipes, combining regional flavor profiles with popular western dishes. Think Lemongrass Poundcake with Thai Coffee Caramel or Thai Glazed Baby Back Ribs with Apple Slaw.

Will you offer any specialty recipes, vegan, Paleo, gluten-free?
Our efforts will be focused on authenticity and exploration of flavor through a region’s spices and herbs. Many of our salads will be vegetarian, along with numerous side dishes, but there won’t be a concentrated effort to alter recipes to fit diet restrictions. You won’t find a gluten-free baguette recipe, for example. However, we’ll be sure to categorize our veggie/healthy dishes so they're easy to find.

Why not start traveling right now?
While I respect families that hit the road with very young kids, I prefer to wait until all of them are old enough to remember at least some part of the journey. I traveled with my parents when I was very young to places that I have no recollection of ever visiting. I want their childhood memories to be peppered with exotic flavors, with experiences that help build their character.

So are you really going to visit these countries after the countdown is over?
You bet we are. With the help from our readers, we’re going to choose 10 of the regions to visit and take the blog on the road.

How will your kids participate with the blog?
We see them heavily involved in the cooking/prepping process, educating them on the ingredients. We’ll also purchase and review children’s books that are region-specific, replicate regional crafts, create playlists of classic and current music, make photo collages of landmarks, watch kid-friendly movies and incorporate some language lessons. I'll post on all the kids’ projects and create printables for parents to share at home.

Fun facts - random things about us:

Katherine
I wrote my first novel when I was 12. I still have the manuscript, typed in all caps.
I used to make simple sculptures with molten lead, on my grandmother’s farm. When I was 9. (Yeah, not such a good idea).
If I could eat only one meal for the rest of my life, it would be a Caprese salad.
Our second son was named in honor of my father, who made his livelihood on the ocean. The name means “of the sea”.
I have a completely useless talent of being able to identify voices, like in commercial voiceovers. You’re not fooling me, Julia Roberts.
I binge watch House of Cards and Sherlock Holmes, the Cumberbatch variety.

Eddie
He learned to play Flamenco guitar when he was a teenager.
He sometimes uses my arm as a mock guitar when a good song comes on the radio.
If he had to choose just one ingredient to have in the kitchen, it would be salt.
He used to DJ at the Palladium in NYC.
His band once opened for RUNDMC.

Our eldest loves dinosaurs and crystals, our second son has an old soul and our baby girl isn’t intimidated by either of them.

Suggestions for recipes or other articles on the site? Let us know below.

We're a married professional chef and award-winning journalist duo from Atlanta, where we cook up a variety of international dishes, tested for the home cook. We've traveled the world and have fallen in love with the cornucopia of flavors.

But we've recently decided to start eating healthier and our recipes reflect that commitment.You'll find easy vegetarian, vegan, keto-veg and low-carb recipes that come from all corners of the globe. 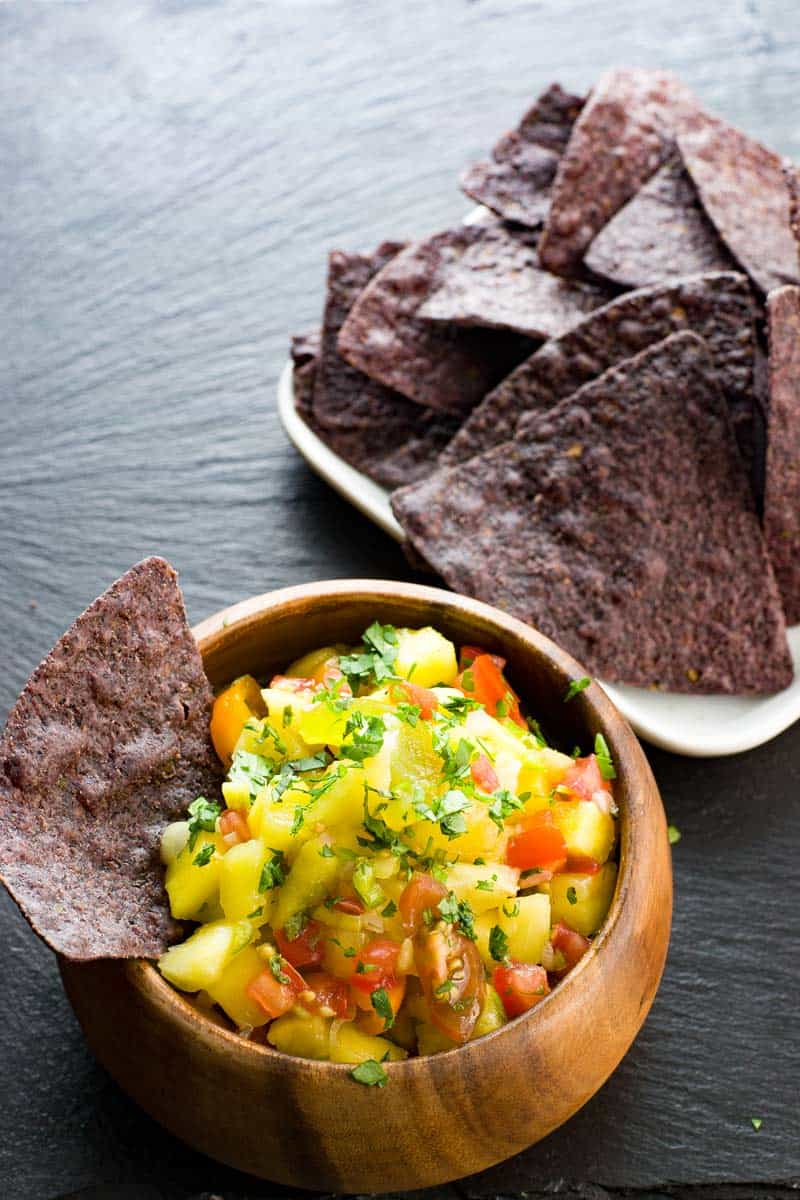 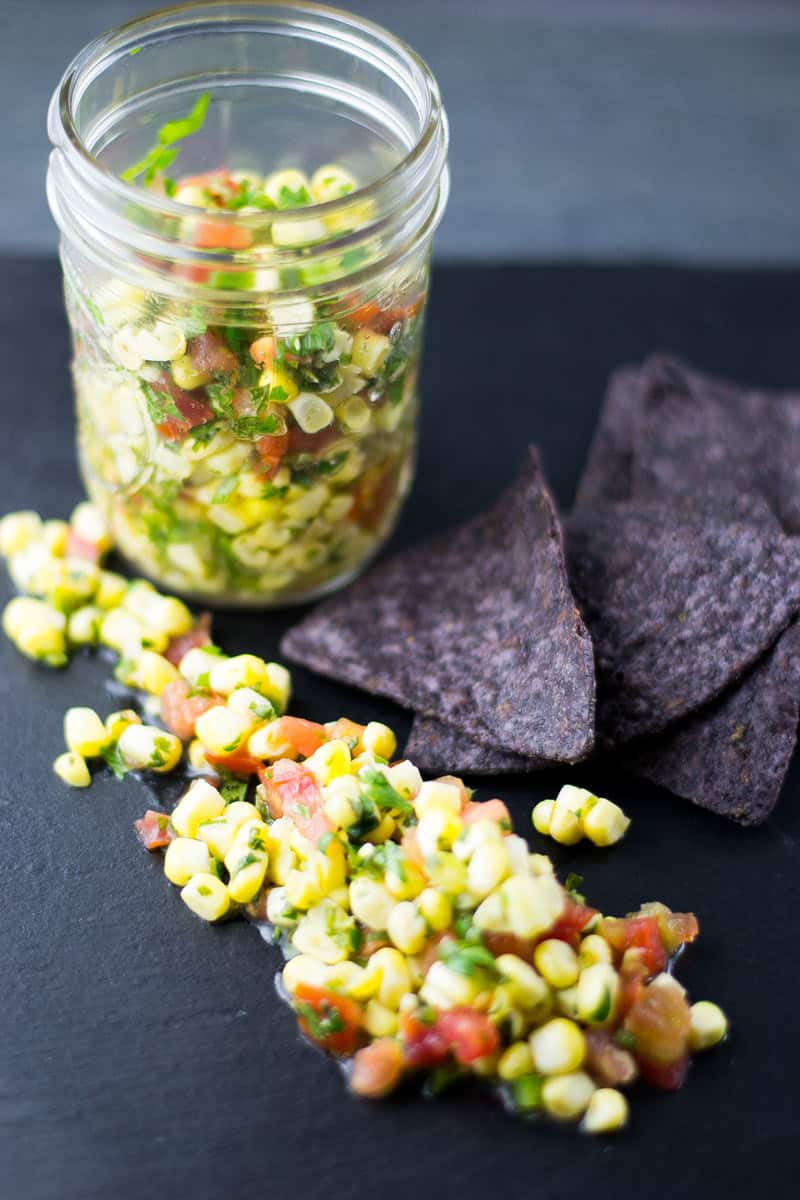 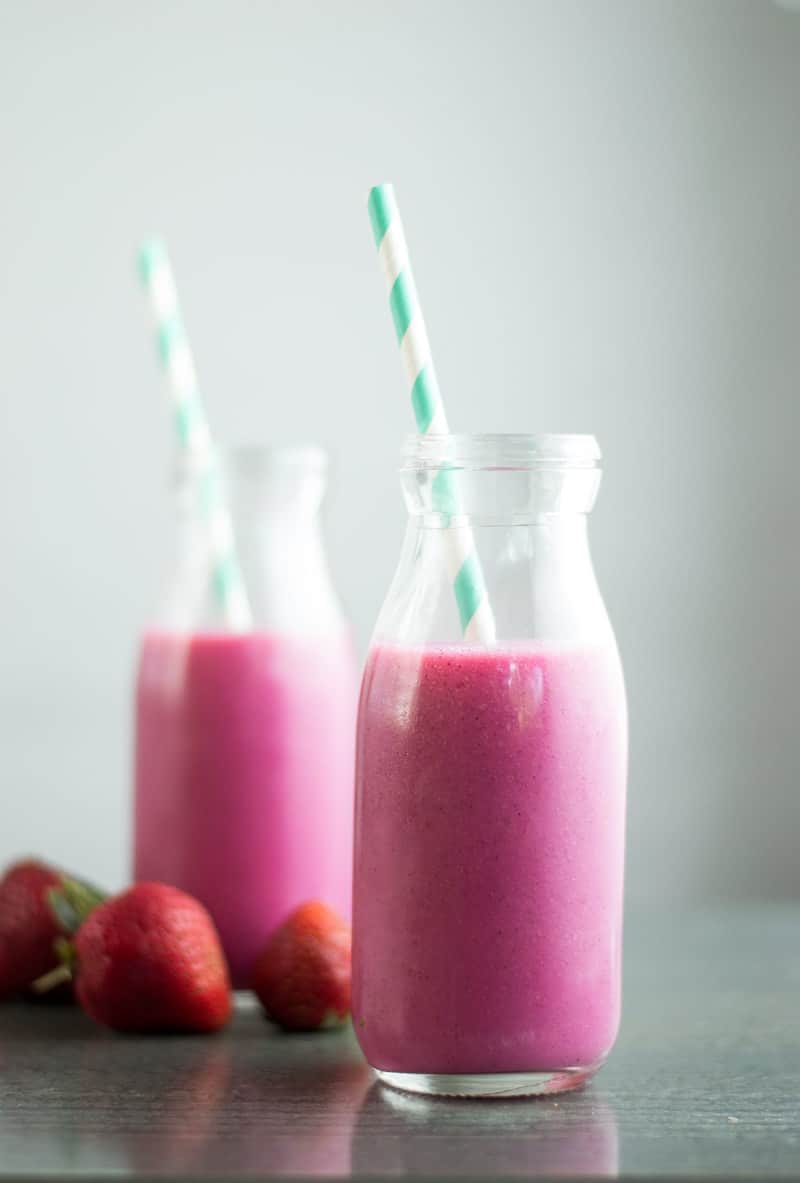 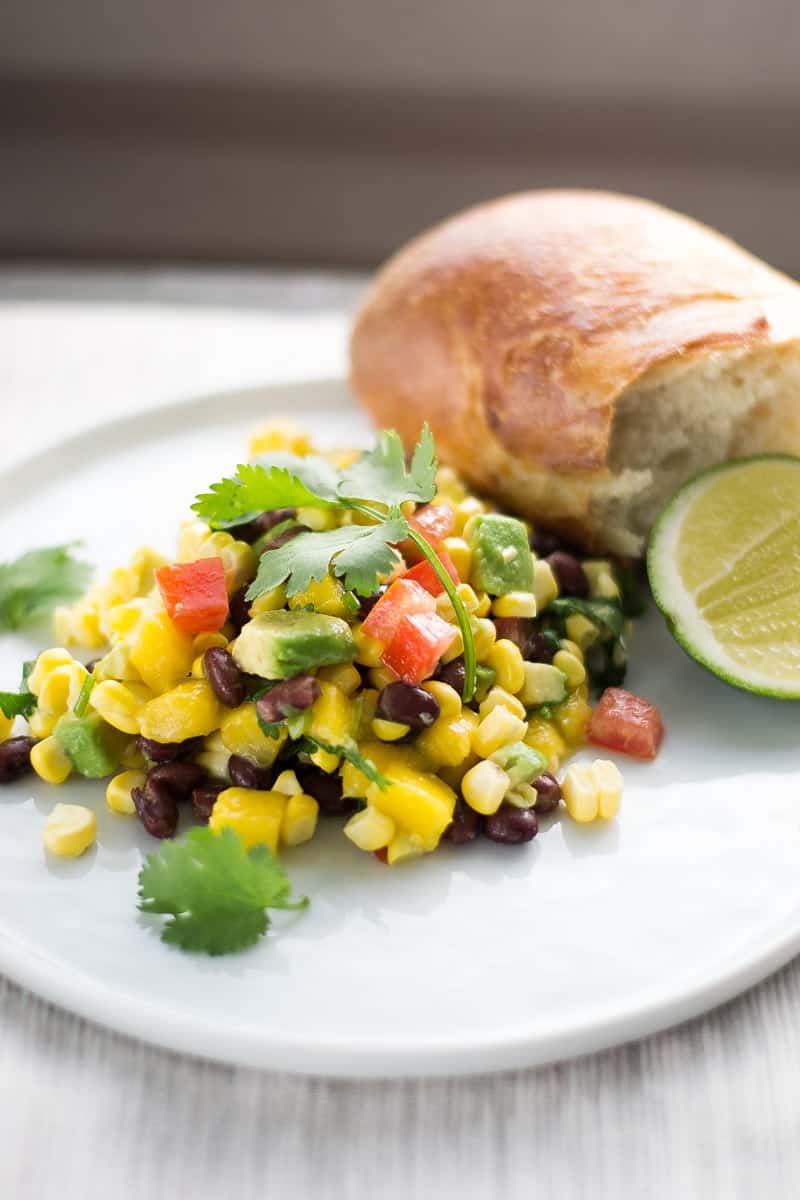 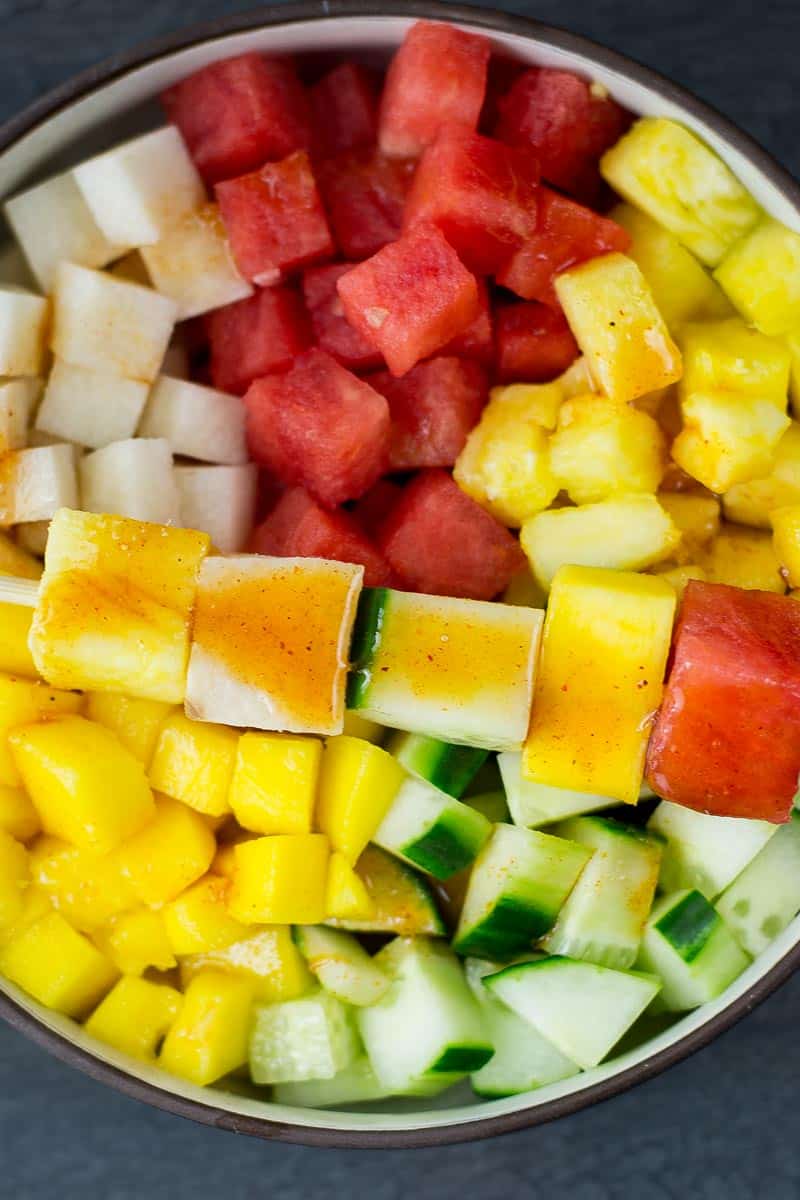 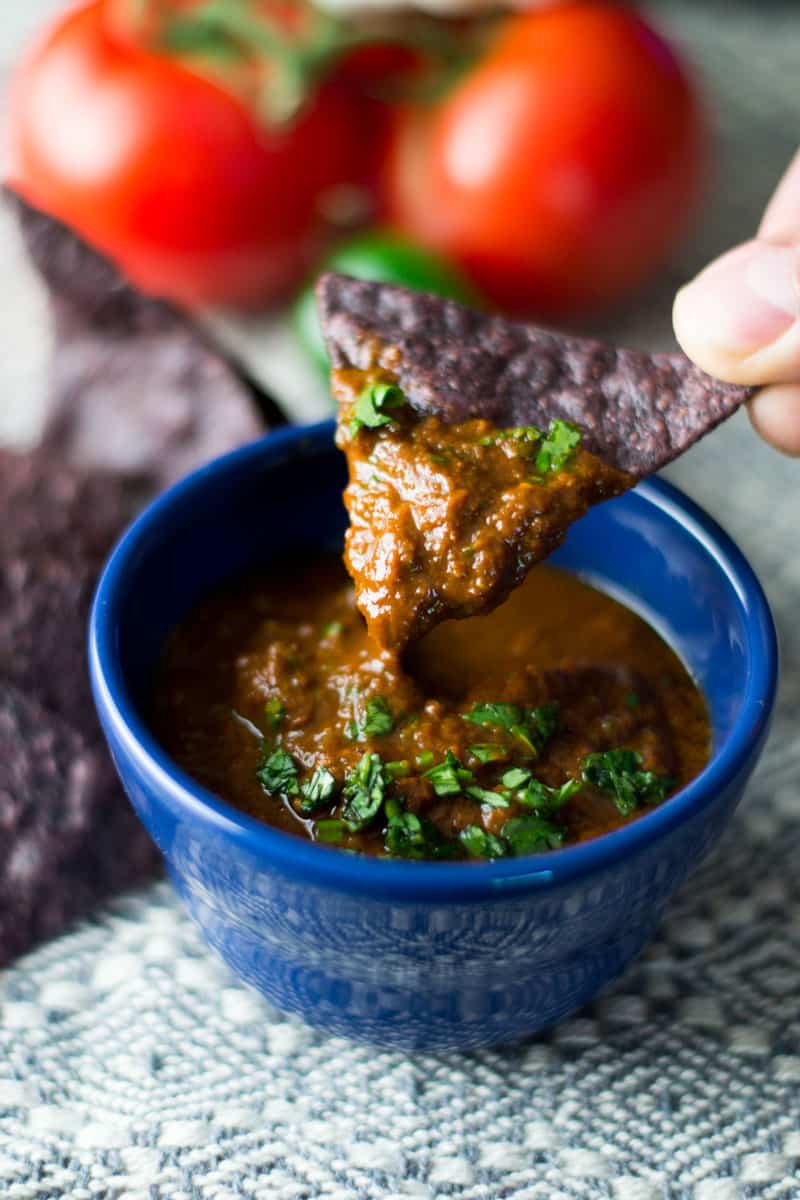 Get easy-to-make recipes from around the world.

We'll also send you our Wanderspice Global Shopping guide - a list of must-haves for the international cook. 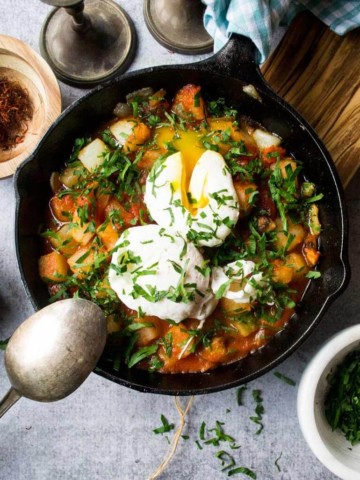 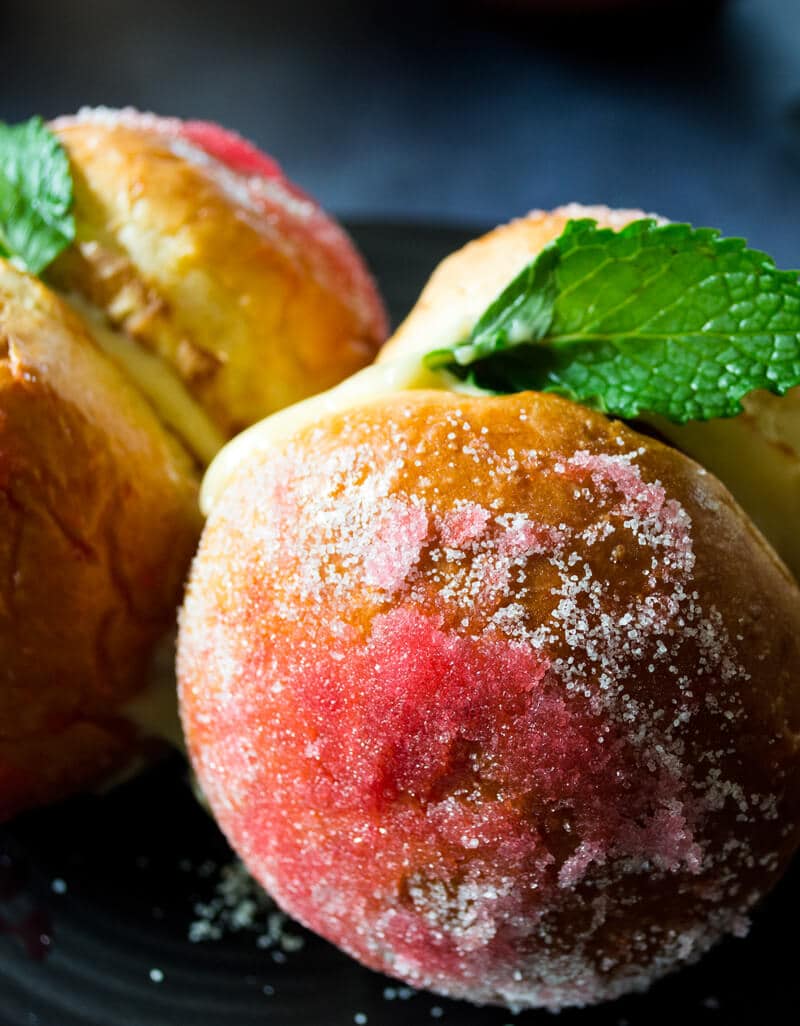 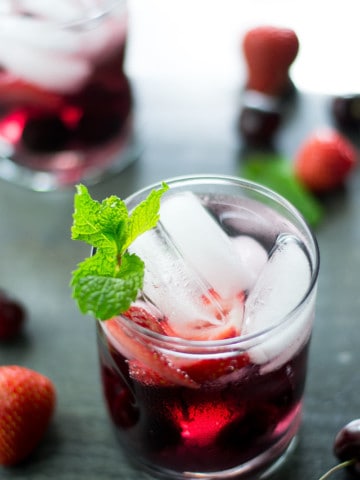 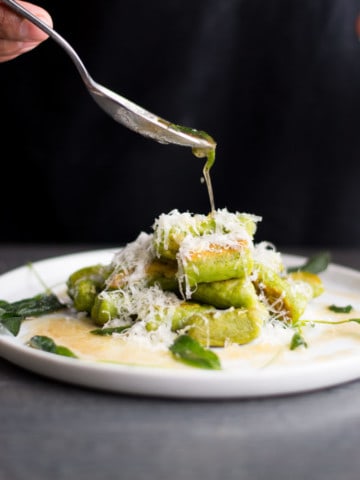 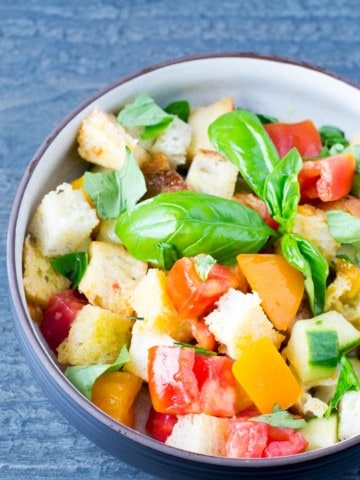 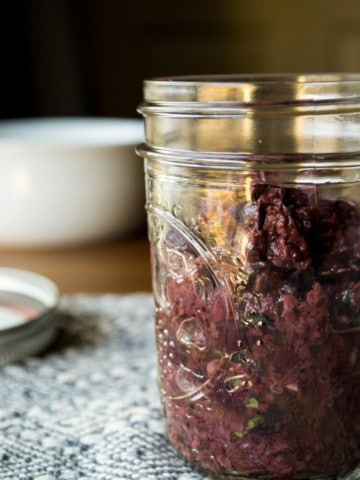